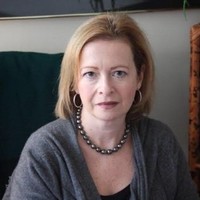 Debra Dunn has been the Executive Director of the French-American Cultural Foundation (F-ACF) for 4 years. During her tenure, the Foundation has expanded from a small, Washington-based nonprofit focusing on French-American arts to a trans-Atlantic hub for soft-diplomacy across nearly every sector of French-American cooperation. F-ACF now has 17 permanent partners in France, including leading institutions such as Arianespace, the American Cathedral, American Hospital, Château de Versailles, G&G Pélisson Foundation, Institut Bocuse, Institut Curie, Musée National de la Marine, Versailles Royal Opera, and Ymer & Malta.

The F-ACF has likewise developed relationships with 21 counterpart U.S. institutions, including the Blair House, Congressional French Caucus, Gold Leaf Studio, Library of Congress, Metropolitan Museum of Art, NASA, Museum of the American Revolution, National Gallery of Art, and Washington’s Mount Vernon. Debra is most proud of the foundation’s active, working relationships with the French Embassy/Residence in Washington.

Debra also serves as a member on the Finance, Governance, and Grant Committees of the Founder’s Auxiliary Board of Children’s Hospital. In addition, her non-profit sector experience includes service to Washington National Cathedral and the Cathedral Close Schools.

Debra moved to Washington D.C. to work on the Presidential Campaign of President George H.W. Bush as Executive Assistant to George W. Bush. She was Director of the White House Visitors Office from 1989 to 1992 and served as Special Assistant to the U.S. Secretary of Commerce for the Presidential Mission to China in 1992. Senior Staff Bush/Cheney 2000 Campaign, and serving on the executive team that organized the Presidential Transition Office. Following the transition, she served as Chief of Staff to Second Lady Lynne Cheney.